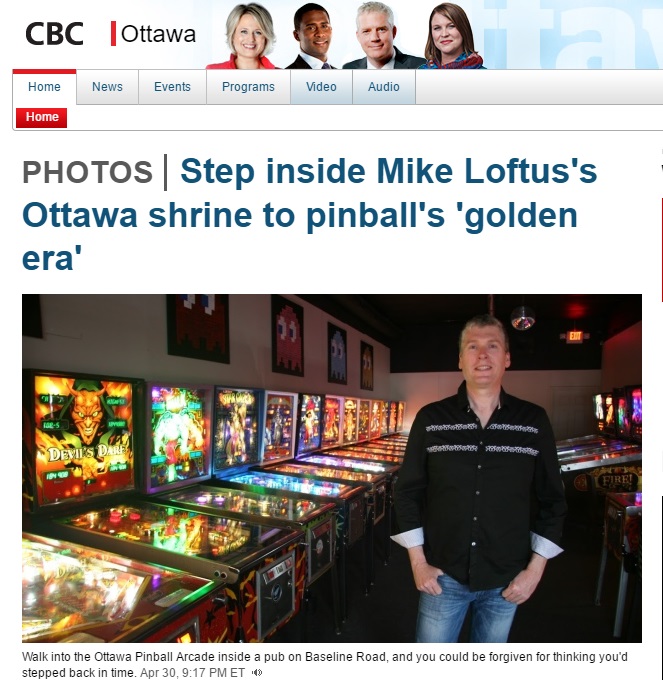 Step into Mike Loftus’s shrine to pinball, and you could be forgiven for thinking you’d stepped back in time.

Earlier this month, the Manotick man opened the Ottawa Pinball Arcade inside the Neighbourhood Pub on Baseline Road.